The Staffordshire Potteries is the industrial area encompassing the six towns, Tunstall, Burslem, Hanley, Stoke, Fenton and Longton that now make up the city of Stoke in Trent in Staffordshire.

North Staffordshire became a centre of ceramic production in the early 17th century, due to the local availability of clay, salt, lead and coal. Hundreds of companies produced decorative or industrial items.

The boom came after the discovery in 1720 that by adding heated and ground flint powder to the local reddish clay could create a more palatable white or cream ware. The flint was then shipped to the Port of Liverpool or Sharlow on the River Trent A group involving James Brindley later patented a process for reducing the fine siliceous dust by using a water based process, thereby reducing the risk to workers of suffering silicosis. In the early 1900s the process converted to grinding bone, which had a similar effect. With the coming of the railway distribution of pottery products from the 1840s, there was a considerable increase in business. Potteries active in the 19th century include Aynsley, Burleigh, Doulton, Dudson, Minton, Moorcroft, Twyford amd Wedgwood. The Potteries lie in a shallow depression on the south west edge of the Pennines. 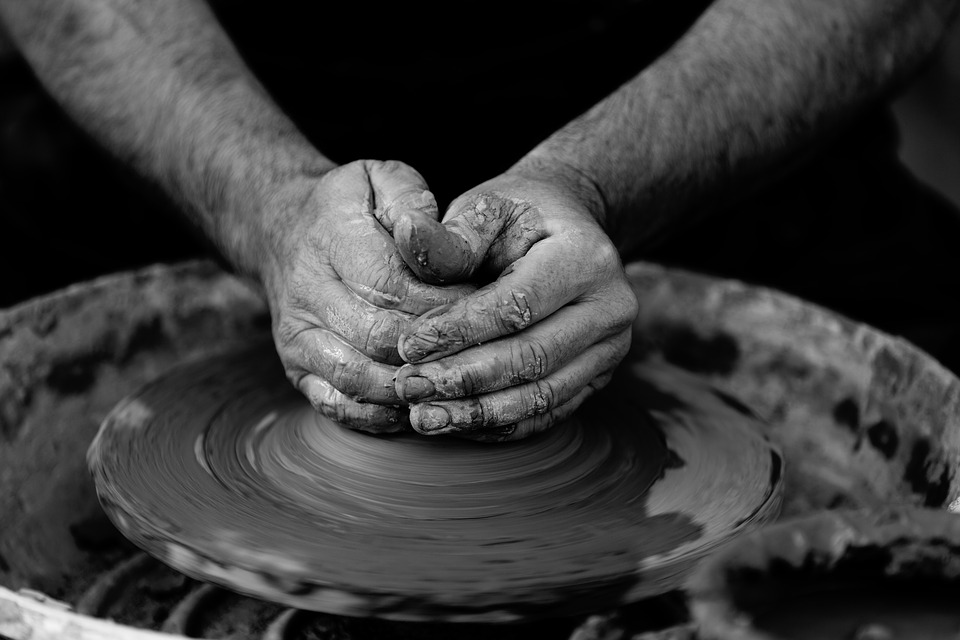 With an unrivalled heritage and very bright future, Stoke-on-Trent (affectionately known as The Potteries), is officially recognised as the World Capital of Ceramics. From small-scale beginnings in the mid seventeenth century, the abundance of coal and clay meant that the pottery industry grew and became rooted in the area. The industry flourished through revolutionary ideas and the development of ceramic manufacturing techniques by Master Potters such as Wedgwood and Spode. The industry has remained in the area thanks to the skills of the local people and today, ceramics is a modern industry and Stoke-on-Trent is still famous for its quality ware which is sold all over the world. Aynsley, Burleigh, Royal Doulton, Dudson, Minton, Moorcroft, Twyford amd Wedgwood, Emma Bridgewater Portmeiron, Spode and Royal Stafford, are leading brands you will find in the city. Enjoy the complete ceramics experience and the Ceramics Trail. You can also discover the history and heritage of the Potteries at the award-winning museums and visitor centres, and go on a factory tour and learn about the skills and craftsmanship that go into producing the famous pottery.

Have a go at creating your own masterpiece with the many hands-on opportunities available, and shop till you drop with the many pottery factory shops in the City.